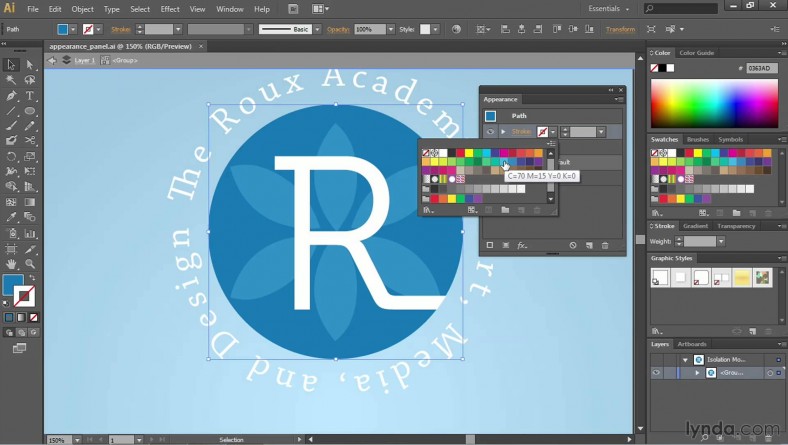 Along with Creative Cloud (the result of Adobe’s shift on its release strategy), Illustrator CC was released. This version (the seventeenth) was the first to be only sold in a subscription-based service model, in line with the other software in the formerly called Creative Suite. As part of Creative Cloud, this version brought improvements in that subject such as color, font and program settings syncing, saving documents to the cloud, and integration with Behance (a creative collaborative network), as well as other features such as a new touch-compatible type tool, images in brushes, CSS extraction, and files packaging.